Burdened by social anxiety, low self-esteem and a debilitating neuro-muscular condition, she opted to try a MycoMeditations retreat

If there’s someone in your life you want to forgive, picture that person as a little child, suggests Marie Burke. In her case, that someone was her mother.

Burke, a veterinarian from Dayton, Texas, was desperate to overcome her social anxiety, depression and a generalized feeling of dissatisfaction with her life. “I had everything you’d want: a good job, kids doing ok, a great house, no debt, a supportive partner, but I just wasn’t feeling happy,” she says.

She also suffered from severe TMJ (temporomandibular joint dysfunction), which manifest as muscle and nerve pain in her face, making smiling and talking painful. Burke, now 60, has struggled with this problem since her college days. But in recent years the pain has got a lot worse, despite the thousands of dollars she’s spent on dental appliances and specialists. The only activity that brought relief was eating and as a result Burke gained 60 pounds over the past seven years. This only worsened her feelings of anxiety, low self-esteem and social isolation.

She says she and her siblings had all their material needs catered to when they were growing up, but that their mother was unable to express love to her five children. “There were no hugs, no kissing; there was no affection at all. She made us feel as if we were big disappointments. She gave us presents but there was a big disconnect. She just didn’t give us the love that a mother should.” As a result, says Burke, “all five of us are a bit of a mess.” Although she tried anti-depressants some time ago, they made her feel “indifferent to everything, including my children.”

After reading Michael Pollen’s book, Changing your Mind, Burke became interested in psychedelics. She respected Pollen’s work, having found his previous works on food and nutrition enlightening. After doing some online research she found out about MycoMeditations. When she discovered that she could fly to Jamaica for free with her air miles her mind was made up and she booked a retreat right away. “I knew I was coming with a lot of baggage: low self-esteem and anxiety. I hoped that the mushrooms might relieve the pain in my face, but that was really a side issue,” she says.

Burke, who had never taken psychedelics before, felt little more than “a bit of a buzz” on her first trip, although she did notice her face start to relax. But during her second trip, when she started to hallucinate, the real work began. She saw her mother standing in a cave, a sad and tiny vulnerable girl “with stick-straight white hair and big eyes” as she’d seen her in old photos. Now her elderly mother, with similar hair and a reed-thin frailty, bears some resemblance to her childhood self. “But when she was raising us she had harsh, dyed, helmet hair,” Burke recalls.

“When I saw her standing alone in the cave I began to cry and cry. I wanted my grandmother to go to her and hug her but she didn’t.”

Burke says the walls of the cave turned luminescent, bright and silver, and then morphed into a cascading fountain of horizontal layers of water, in the shape of a great big mushroom. As she cried and cried, with facilitators holding her on either side, she felt overwhelmed by feelings of compassion for her mother. “She was broken. She loved us but she couldn’t express it properly,” she says. Burke then realized that the flowing water was her own tears. When she saw her two sons standing at the top of the cave against the sky, she says she “realized with immense joy that they had escaped, and that I had saved them. The generational trauma had not been passed down to them.”

At group integration the following day, Burke began to feel a profound sense of peace, surrounded by the warmth of those around her. “I went to the retreat as a scientist. I had no idea how many emotional connections I would make.” For her, those connections were half the benefit of the experience; the other half was the psilocybin. “That opened the door to my heart and all of (her fellow retreat goers and facilitators) rushed in and filled it up,” she said.

During her third trip Burke had an epiphany about her husband after watching him take the shape of a giant tree, and then transform into their house. “I realized that he and my home are one and the same,” she said. Burke had long known that her husband expressed his love with acts of service rather than the affection she craved, but “I still constantly felt a pain and a rage at him that pushed him away. And it made him feel that he wasn’t safe with me.” As she looked at the big shaggy pine tree transform into her broad-shouldered husband, she felt “the happiest I’ve ever felt in my life. And I wanted everyone to have that feeling too.”

Burke laughs as she recounts how when she told her husband the next day about her visions, “he replied that he had had my car tires replaced.” Before, she says, she would have felt irritated, like he was trying to change the subject, “but now I know that that is love. It was beautiful.”

On the retreat, Burke noticed that her facial pain disappeared. She also found herself eating more mindfully and more slowly, after delighting in the sensual experience of eating an orange as she came down from her third trip.

Since being home Burke has felt much calmer. She’s also found her husband to be loving and affectionate. “I feel like we’re on a second honeymoon.”

Although she’s had some slight twinges of facial pain it has felt manageable. She’s also noticed her appetite decline and has resolved to start exercising. She’s keen to network with the Dallas Psychedelic Society and to learn how to do breath work. “I have to sustain this. I won’t go back to that place of face pain and inside pain, which is all one and the same,” she says. 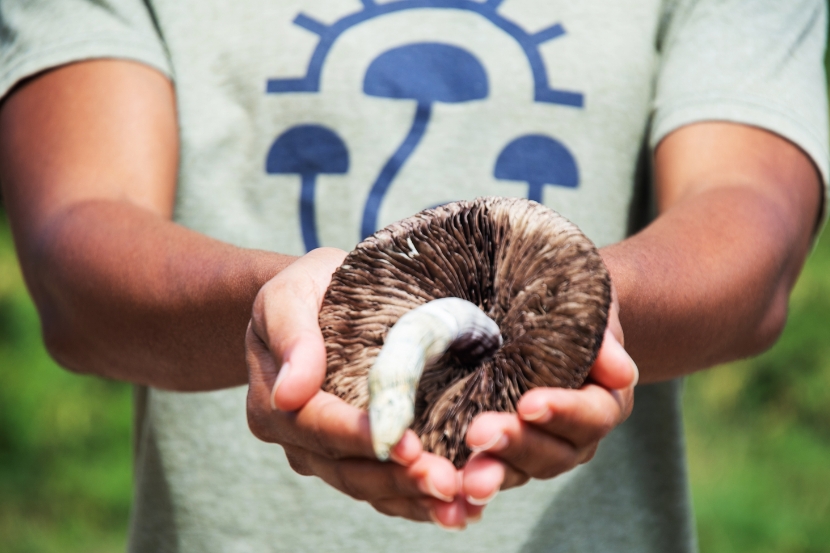 Microdosing vs. Our Psilocybin-Assisted Retreats